What is Playback Theater?

Playback Theater (PT) was created in the 70's and has since spread all over the world. PT is improvised theater based on real-life stories told by audience members, which is then reflected theatrically by a professional team of actors.

The stories might be sad, funny or strange. The actors interpret these stories as theatrical pieces, never to be repeated again.  This process creates a special bond and intimacy between the audience and actors.

The ensemble was formed in 2010 by the Nekuda Tova Theater company, under the management of Omri Vartash and Amichai Chazan. The ensembles' Artistic director is Assael Romanelli, a clinical social worker and seasoned conductor and performer.  The ensemble is composed of professional actors representing the religious and cultural diversity of Israeli society.

OR CHOZER has a vision of enabling and encouraging a Jewish communal dialogue in Israel. The performers, religious and secular men, bring to the stage slices of real life Israeli society, as reflected in the audiences' stories.  Or Chozer performs before both general and specific audiences, including business, educational and social organizations. 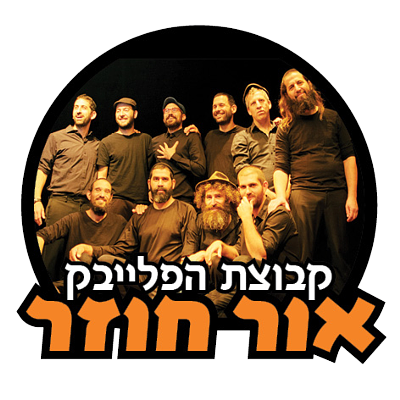